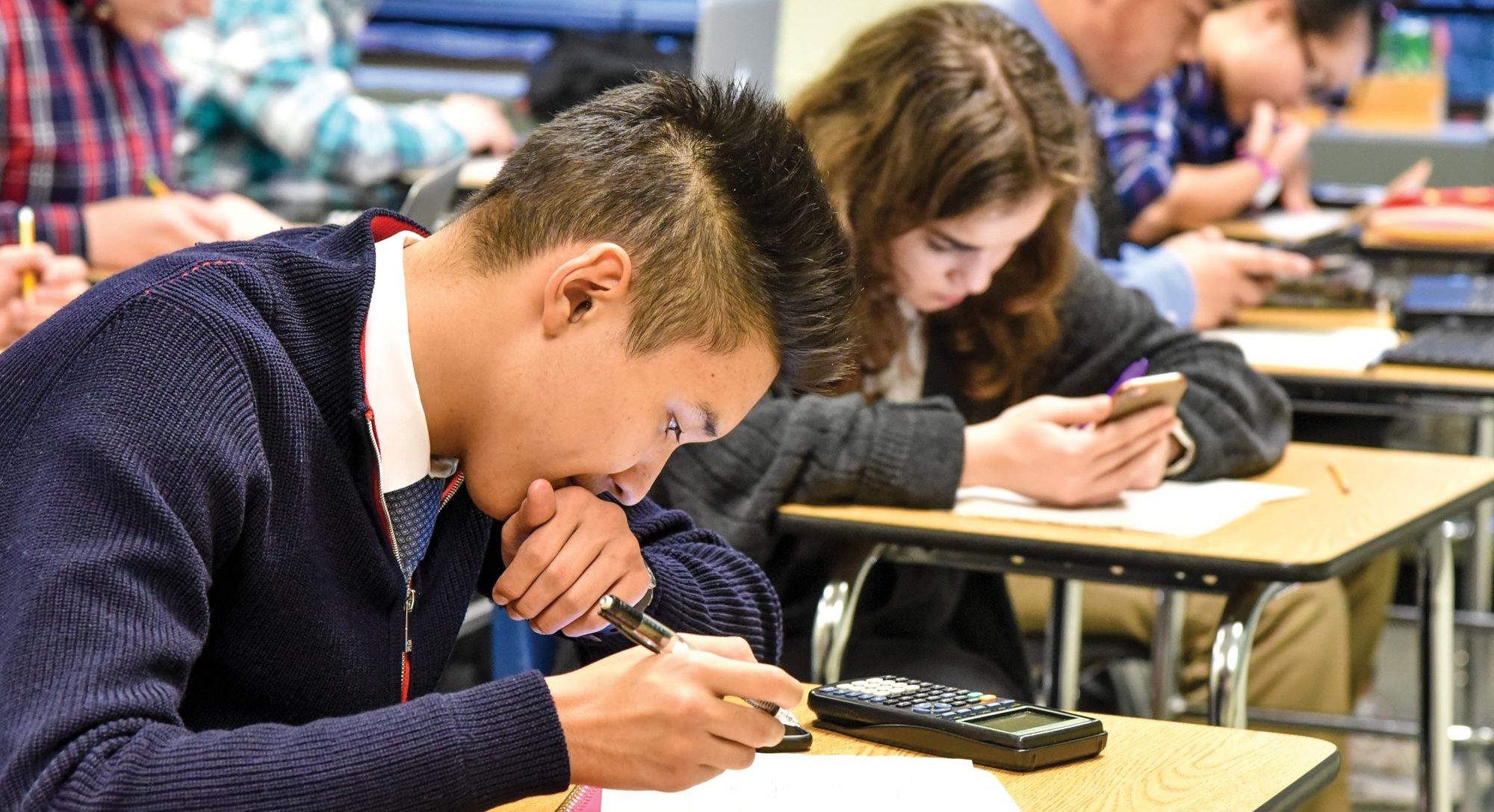 Academy math students earned the highest cumulative score in the state of Vermont for the 2018/19 school year in the annual New England Mathematics League competition for the second year in a row, leading the Vermont teams with a cumulative score of 142. The Academy was also included in the cumulative league-wide High Scoring Schools list, ranking 18th out of more than 150 participating schools from throughout New England; among the other schools included on the High Scoring Schools list were Philips Andover Academy, Taft School, and Deerfield Academy.

According to the Math League’s website, “Math League’s High School Contests are the best in high school mathematics competition. Students in each league compete for the highest scores, while schools compete for the highest team score: the total of the top five scores in each school… Problems draw from a wide range of high school topics: geometry, algebra, trigonometry, logarithms, series, sequences, exponents, roots, integers, real numbers, combinations, probability, coordinate geometry, and more.” Each contest includes six questions and is limited to 30 minutes.

Mathematics League contests are a focus of the Academy Math Club, which was established around 1980 by the late Lucille Byrne to promote problem-solving skills in students. Sharon Fadden, Chair of the SJA Mathematics Department said, “The Math Club was recognized as one of the high-scoring teams after each of the six New England Math League competitions. Over 20 students’ scores have been reported (as school high-scorers) this year among many others at the Academy who participated in the contests. Their determination to maintain the high-scoring school status throughout the six months of competition is to be commended.”