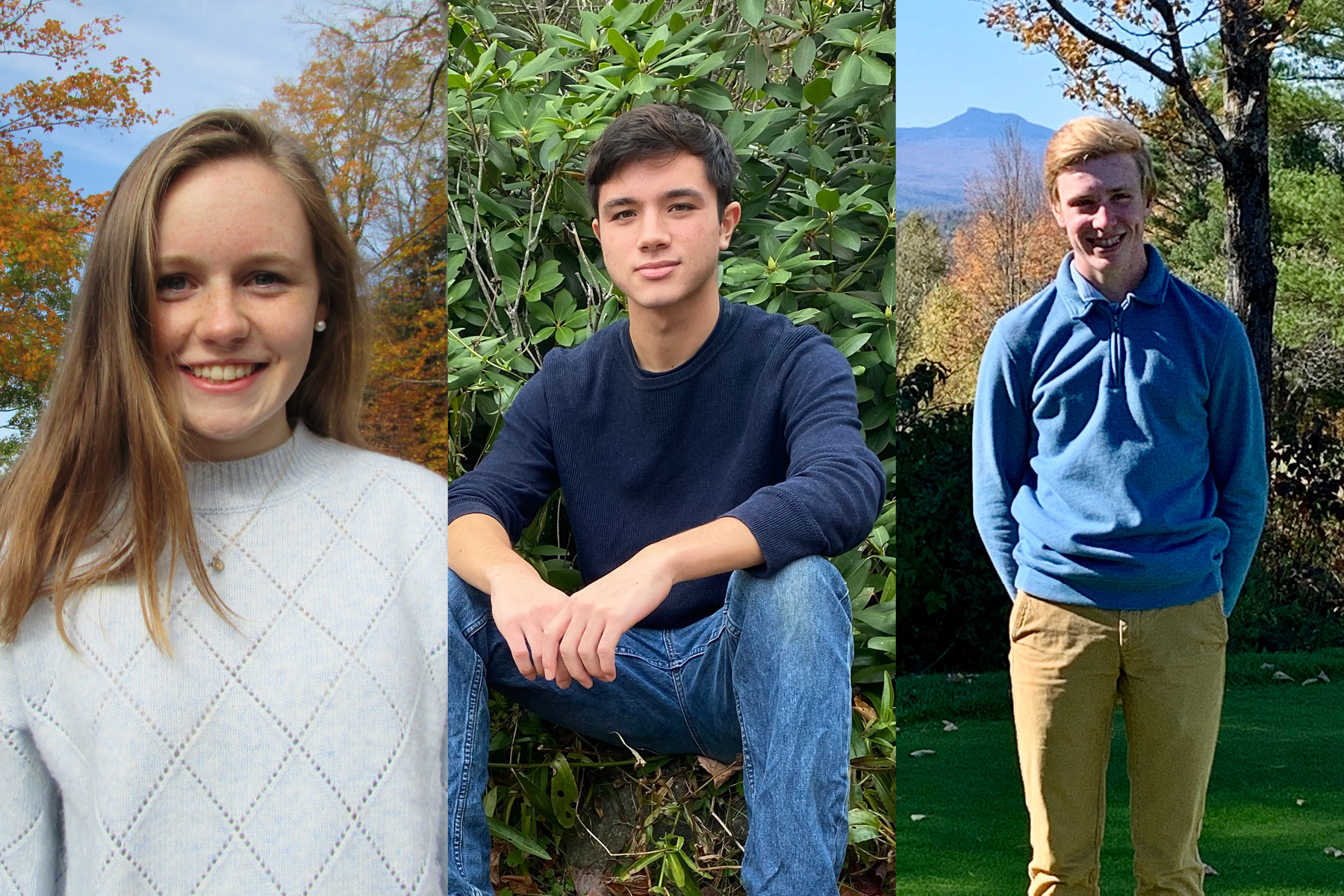 Outside of the classroom, Constance is an active member of student leadership programs such as Class Council, Student Government, where she served as Junior class president, and National Honor Society. She has participated in cross country running and indoor track. In her junior year, she created a new organization on campus, Students Creating Opportunities for Positive Engagement (SCOPE) to allow students to participate in our local community more cohesively. Constance worked with local community members to develop opportunities for interested students.

Constance will be attending the University of Chicago, where she intends to major in public policy and potentially minor in sociology or economics.

Co-valedictorian Luke Young-Xu is a National Merit Scholarship Finalist and Designee and a National AP Scholar. His courses have included 15 AP-level courses, and he is among the 1% of students who took the ACT and got a perfect score. As a member of the school’s math team, Luke scored in the top 5% of all seniors in the country and was invited to attend the virtual MathCON 2021 finals, and he scored in the top 2.5% of PSAT/NMSGT test-takers who attend a school in a rural area or are from a small town. Luke is also a candidate for the U.S. Presidential Scholars Program.

Outside of the classroom, Luke is a member of the National Honor Society and a member of Scholar’s Bowl, where he served as captain, played oboe in the school’s band, and played at the Vermont Music Festival in 2018 and 2019. As a Science Olympiad participant, Luke has earned two first-place finishes in 2021, one in 2019, and two in 2018. Over the past few summers, he has participated in the New Hampshire Academy of Science (NHAS) science program. Luke conducted an experiment gauging the genotoxicity of environmental exposure to cobalt nanoparticles in C. elegans. He presented his research at the 2020 American Association for the Advancement for Science/American Junior Academy of Scientists Conference in Seattle, WA, where he also had the opportunity to engage with peers across the United States. Luke also competes with the outdoor track team.

Luke is going to Williams in the fall, where he plans to study molecular biology. He was also accepted at Boston College, Dartmouth, Haverford, University of Michigan, Swarthmore, Northeastern, and Tufts.

Salutatorian Nelson Eaton has earned many academic and athletic accolades throughout his high school career. He received an Award of Excellence from the Harvard Congress of Future Medical Leaders, the Green and Gold Scholarship from UVM, the Governor Phil Hoff Scholarship, and is an AP Scholar with Distinction. Nelson is a member of the National Honor Society and has been part of the Colwell Scholars program.

Outside of the classroom, Nelson has played soccer, basketball, and golf. Nelson is the 2020 Vermont Division 1 State Champion in golf and the Vermont Junior Champion and was co-captain of the Academy’s team this fall.

Nelson will be attending Bentley, where he intends to study finance.

Headmaster Sharon Howell said, “These students—all of whom have achieved nearly identical heights in their course work throughout their Academy careers—are powerful examples of the kind of approach that we hope students will take to their studies and their citizenship. They show clearly that a scholarly work ethic and excellent grades are not only compatible with substantial extra-curricular pursuits, but that school work gains purpose and meaning through that involvement. We are amazed by the range and quality of their work here—they are on teams, in national competitions, and in positions of leadership. We are so proud of them, and know that they will be among those graduates who leave here most prepared to make a difference in the world.”