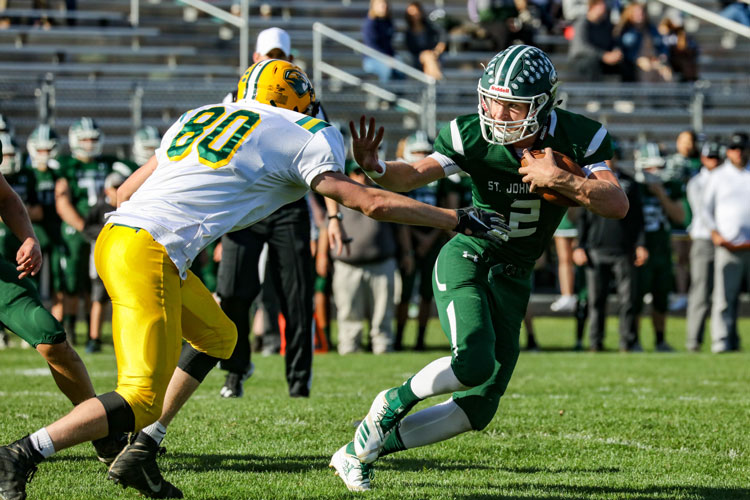 Cady is the first Hilltopper to win the award, which recognizes not only athletic excellence, but also high standards of academic achievement and exemplary character on and off the field, according to a news release.

“I mean it’s an honor,” Cady said. “I’ve worked so hard to get where I am today. And I couldn’t have done it without my team, my coaches and my family.”

Cady finishes his high school career with 64 touchdown passes and 34 rushing TDs. He is close to deciding on a collegiate destination, he said.

“Jake Cady is the real deal,” Rice coach Neil Brodeur said. “The kid produced. He was a dangerous player on the field and is a legit next-level player.”

Cady has maintained a weighted A-minus average in the classroom, while volunteering locally along with the rest of his family as part of Team Sullycat, which raises money to benefit families with loved ones fighting cancer. He has also donated his time as a member of the student leadership team with St. Johnsbury’s Campus Life group, and as a youth camp counselor.