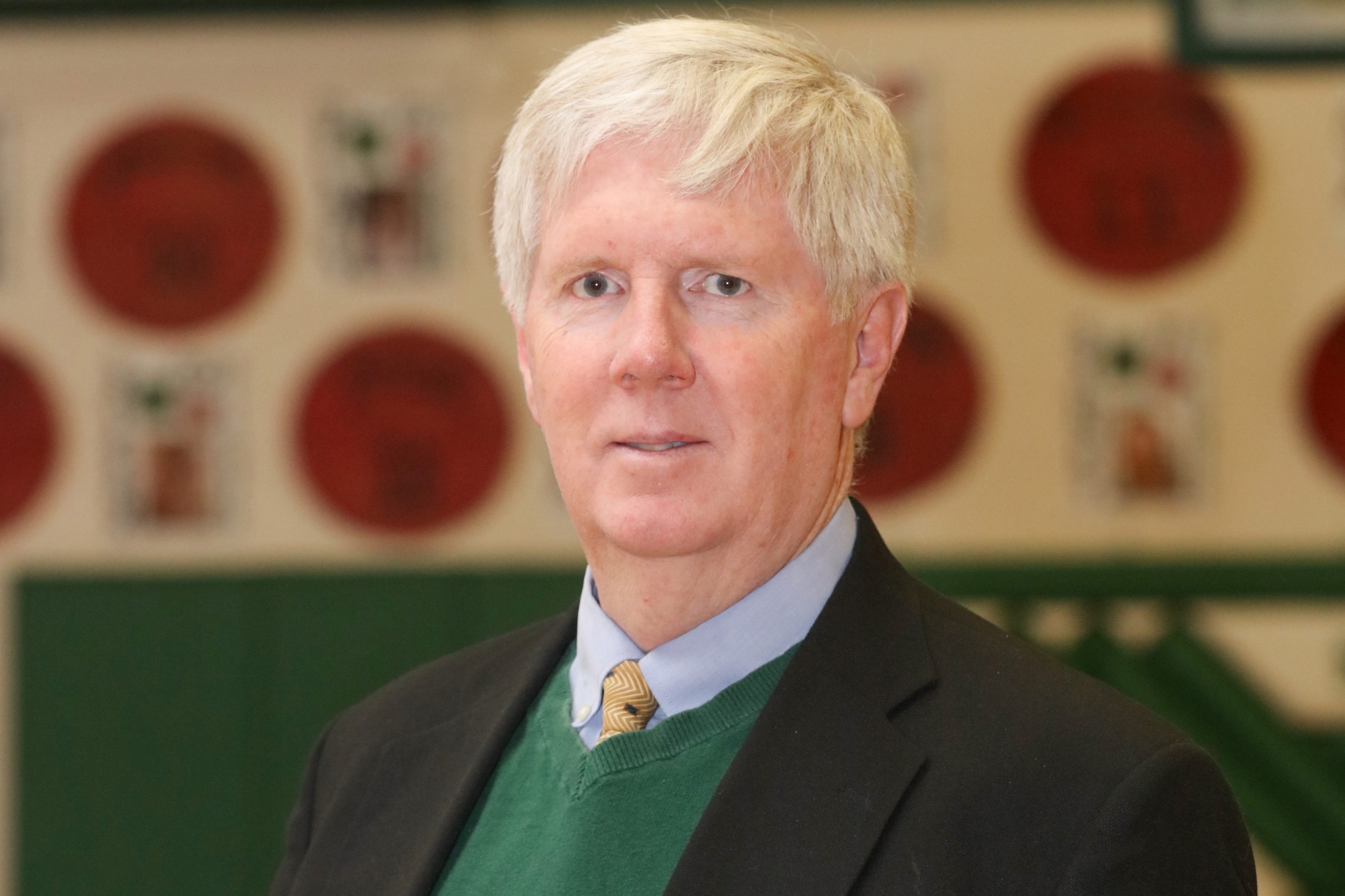 St. Johnsbury Academy Headmaster Tom Lovett has announced that Athletic Director David McGinn will be stepping down at the end of the current school year. In his nine years at the Academy, McGinn has overseen an athletic program that has become one of the state’s premier programs.

Headmaster Lovett said, “When (Assistant Headmaster for Campus Life) Beth Choiniere and I decided to hire David McGinn nine years ago, we knew we were handing him a tall order. We wanted to sustain a culture of commitment, where athletes saw themselves as athletes all year long and were committed to their teams. We wanted to create a culture of competition at the highest level, making it so every Division 1 champion had to get through St. Johnsbury if they were going to win it all, and we wanted to maintain our core values of hospitality, respect, and sportsmanship.”

Mr. McGinn echoes, with pride, the sentiment that title contenders must come through St. Johnsbury. But it is also clear that many of SJA’s opponents don’t fare very well. Pointing to the wall of championship trophies in the field house lobby, he mentions that there are awards for males and females, teams and individuals. He is proud he is able “to support a program where everyone has a chance to compete at the highest level.” He cites the recent success of the field hockey team and their 2018 DIII state title and the boys’ soccer team’s success in recent years. The soccer team appeared in the state title game in 2017 and 2018 and made a deep run in the play-offs in 2019.

Part of the success of the sports programs has been the cultivation of sports teams at the middle school level through developmental programs and summer camps. Early in his tenure as Athletic Director, Mr. McGinn met with Mr. Lovett to discuss ways in which they could support the community’s young athletes. Mr. Lovett said, “we wanted to expand our feeder programs and summer programming so that the young people of the area had the opportunity to excel if they wanted to.” The sports benefiting from these initiatives are baseball, basketball, cross country, and field hockey.

Mr. Lovett continues, “We wanted athletics to be a source of pride and joy for our athletes and our school. I believe that David has filled that tall order and is leaving the athletic department and fieldhouse program even better than he found it.”

Beth Choiniere adds, “Our Athletic Department and our student-athletes have been blessed to work with a leader like David McGinn. Few people have accomplished so much, and remained so humble in the face of such success. As a leader, one of the primary goals is to create an environment where others thrive and are able to do great work—David has done just that, and those who know just how demanding the work he does each day is, can only truly understand.

David has given so much of himself to our community; he is the portrait of what an educational professional should be: humble, thoughtful, compassionate, and kind. I feel blessed that we have had such a wonderful man leading one of our most prominent programs. He has left some very big shoes for us to fill. We wish him the very best in his retirement.”

In addition to heading the athletic department, McGinn has served as a baseball coach on the varsity and JV levels and a JV basketball coach under Tom O’Shea. For the last four years, he has been the varsity boys’ basketball coach, winning the DI state title at the end of the 2018-2019 season. This year will mark his fifth and final year at the helm of the basketball team.

Every fall and spring, David also organizes the school’s blood drives, a job that was handled by his predecessor in the athletic department, Tom Conte.

David McGinn said, “I have spent my entire career of 35 years, in this business, and I am very appreciative that every day I wake up excited to go to work and that the Academy gave me an opportunity to finish my career where my heart truly lies, with athletics.”

A search for Mr. McGinn’s replacement will begin December 1.