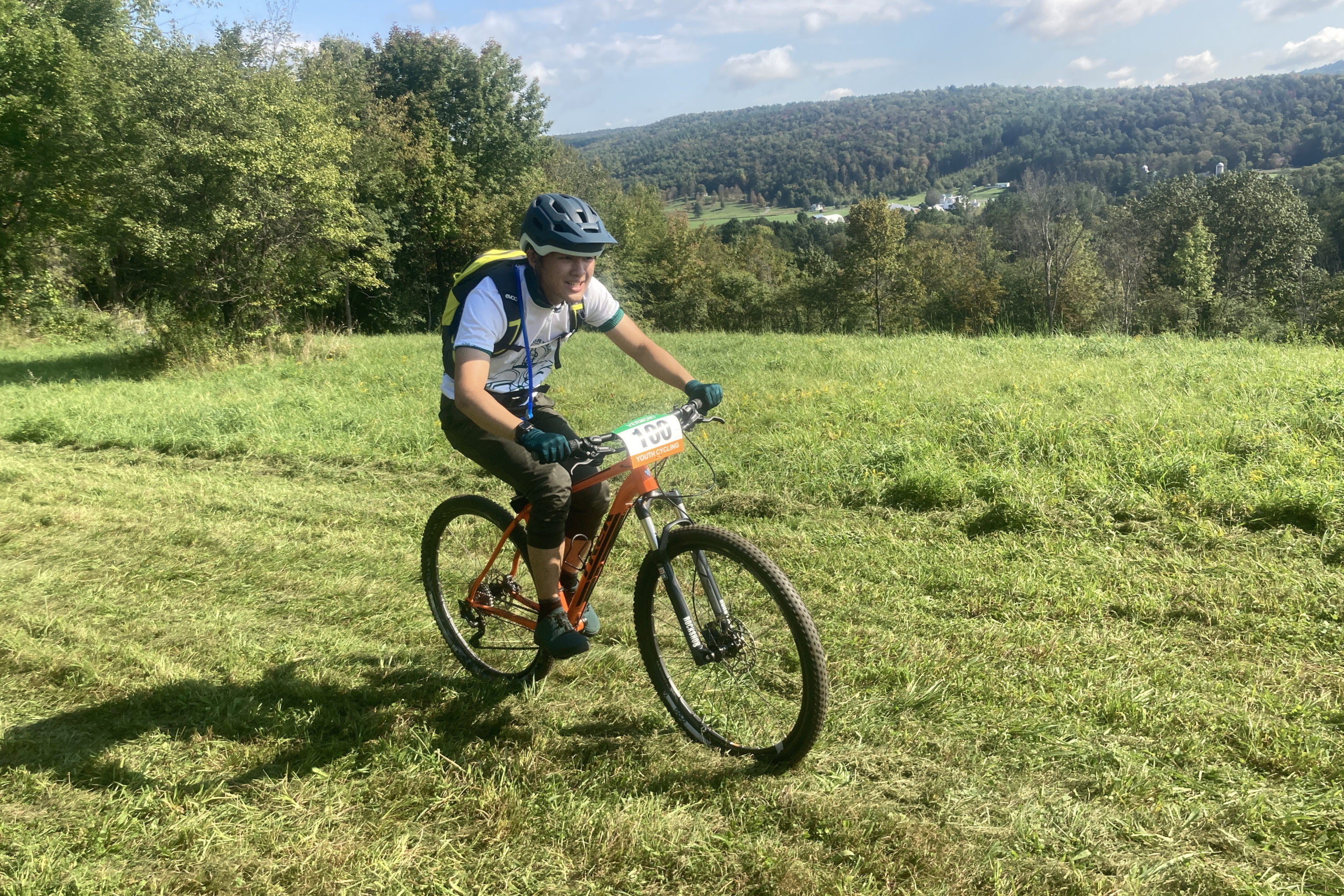 On October 16th at Cochran’s Ski Area in Richmond, VT local mountain bikers Lydia Reimert, Layla McGarvin, and Nora LaValley ended the 4-race season series ranked in the top five in their respective categories.  Reimert, an 8th grader from East Haven, ranked 4th in Category A of the Vermont Youth Cycling League, including clubs from around the state. McGarvin, a sixth grader from Kirby, and LaValley, a fifth grader from Sutton, completed their seasons ranked 4th and 5th respectively in Category 5-6.

All three racers participated this fall in HilltopperMTB, the local mountain bike club for boys and girls in grades 5-12 operated by the St. Johnsbury Recreation Department in partnership with St. Johnsbury Academy.  HilltopperMTB came about this past summer when three St. Johnsbury Academy employees – Joe Fox, Chris Dussault, and James Bentley – decided to expand the existing Academy Mountain Bike Club to include competitive racing and a youth program open to all area students. The three organized a 100% volunteer staff made up of local educators and enthusiastic parents. As a result, the club grew to 37 participants in its first year of competitive racing and finished the season ranked 4th of 15 registered clubs in Vermont.

Of the ten SJA racers, sophomore James Wai Bong Won earned the distinction of being the first-ever international participant in a Vermont Youth Cycling race. According to Mr. Bentley, club rides included as many as 22 members.

Headmaster Sharon Howell said, “it’s wonderful to see these awesome kids having success in this sport—and equally exciting to me is the commitment leaders such as James Bentley, Chris Dussault, and Joe Fox have to supporting community access to mountain biking for all NEK kids.”

“We are very proud of all of our racers and non-racers this season,” said Bentley.  “Many of our racers have benefited from great coaching in other programs, like Ideride or through St. J Recreation, so a lot of credit goes to them, not to mention our amazing volunteer coaches and our sponsors: Village Sport Shop, The Pizza Man, Burke Mountain, Caledonia Trail Collaborative, Kingdom Trails Association, Noble Fox Adventures, and to Vermont Children’s Theater for allowing us to use their great facility on Darling Hill.”

Looking ahead to next season, Bentley said, “It’s great to see the kids race well, but our primary goal is for every kid who lives in the Kingdom to be able to mountain bike and benefit from the amazing riding opportunities here, whether they choose to race or not.  So many folks in our community are rallying around this cause, and we are very excited to see where it goes.”